I recently got the e-mail saying my request for a DVR upgrade had been granted and to click on the link in the e-mail to order the new DVR.  The first several times I tried it, it would try to dig up the records and eventually fail - a problem that has been mentioned by a lot of other people in the posts.  On probably the 10th try, it looked like it was going to work, but then I got this:

Thank you for your interest, but at this time we cannot complete your request. Please try again later.

Thank you for using VZ In Home Agent .

Has anyone else run into this?

I had this same problem, I was using Mozilla Firefox. So I tried it in Safari and it worked. I would suggest doing the same. I also found that it worked better if you open Safari, log into your account then open your email in another tab, click the link and another tab will open and your request will be processed.

Received my 2 new boxes in one day! And so far I love them! My only gripe is that the display on the box is VERY bright and I have one box in my bedroom. It practically lights up the entire room. But you do have the capability of shutting the display off while it is in standby, which is what I have done. Other than that they are fantastic!

Can you tell me how long of a period of time passed from when you registered via My Verizon and the time you were actually sent the email telling you that you could get the new boxes? I spoke to a CSR today who said he put his own name on the list in April and has not got his email yet, July 1. Just curious your experience?

Well I tried your suggestion to use Safari and it didn't work for me. I kept getting "Too many redirects and browser couldn't display page".........SIGH!!!!

Try this,  Open IE.  Then Hit File and then "Open New Session"

Then try to do the upgrade with the new IE Session.    It is not the same as opening a new window. 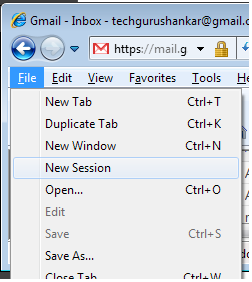 I had this same issue for quite a while.  I first I tried different computers.  Then through this forum i realized to try a different browser.

First shot at IE and it was brought to a new screen where I could log in.  However after logging in with my MyVerizon username and pw, I got the same "we're sorry" message

Then, I tried two things, and one or both of them made it work.

I used IE's InPrivate feature, and also I did NOT log in with my username and password.  Instead, I used my account number and zip code. (you can also use your verizon home phone number+last bill amount)

For whatever reason, it was this that worked.

Hopefully this helps some folks!

Before I switched to Verizon, i never thought the customer service could be as bad as I had heard it was....  but it is, without a doubt, the worst company I have ever dealt with in 45 years on this earth.

PS.  When I originally called about the DVR upgrade, they somehow screwed up my multi-room DVR service with my existing box and now can't fix that either.  They are a joke.  Screw Verizon.

Just got the 3rd email offering the upgrade.  On the other previous emails, the link would go no where.  This one actually worked and I ordered the DVR upgrade.  Now just waiting to see if it will actually show up in the next 5 - 7 days!